Posts will most likely be a bit sporadic in the coming days as I try to muster some Christmas Spirit, finish shopping, do all the wrapping and start the baking.
So I leave you with this YouTube video of a light display in Deltaville.
Posted by Jamie at 7:57 AM 1 comment:

On the docks at Broad Creek floats a small village.
That's right, I said floats. 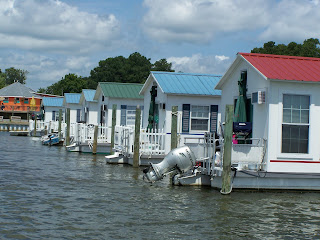 Meet the AquaLodge.
A glorified shanty boat complete with living room, small kitchen and bedroom.
Some even have a loft area.
The going price for the one I like (the Cadillac of AquaLodges) is $60,000. 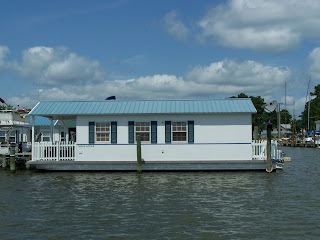 Some even come with little balconies. 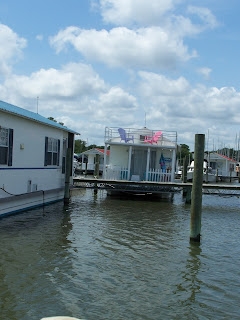 I think one of these would look lovely parked on a certain dock in Queen's Creek.
Posted by Jamie at 7:49 AM 4 comments:

As you cross over the old swing bridge onto Gwynn's Island, the first place you come to is Seabreeze.  It's a small restaurant right on Milford Haven with an excellent view of the water. 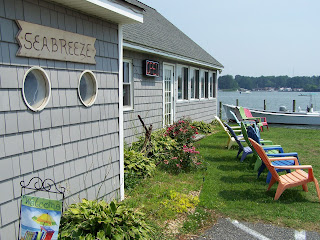 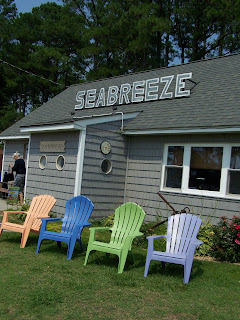 The view is great and so is the food
(though it seems I didn't take many photos of the view, but trust me, it's nice) 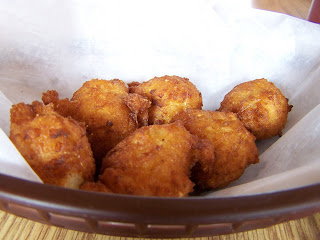 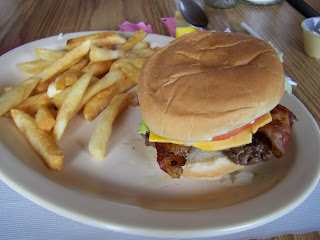 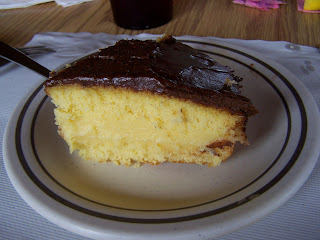 Boston Cream Pie
And when you're waddling out of the restaurant 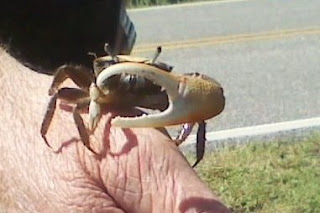 there's fiddler crabs to contend with in the parking lot.
Posted by Jamie at 7:54 AM 1 comment:

Holding on to anger is like grasping a hot coal with the intent of throwing it at someone else; you are the one who gets burned.
~Buddha 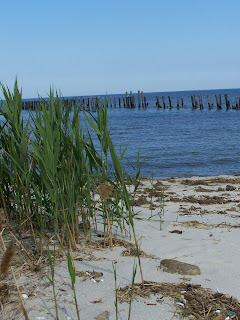 "The greatest oak was once a little nut who held its ground."
~Anonymous 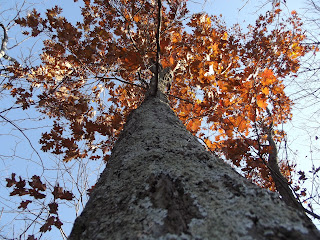 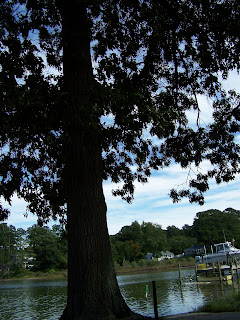 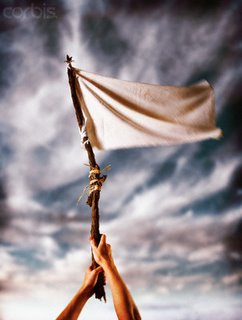 Where would childhood be without games?  One of the favorites of my cousins and myself was Capture the Flag.  For those unfamiliar with Capture the Flag, the rules are simple.  You have two teams.  Each team has a flag- typically made from some sort of rag (or your Grandmother's brand new pantyhose) tied to a stick.  Each team has a "territory with a defined line of separation/neutral zone.  Each territory has an area designated as a "jail" (could be a tree or a rock) and a place where their "flag" is located.  The object of the game is to steal the other team's flag and bring it across the neutral zone into your territory.  If you are caught by the opposing team while trying to steal the flag you are placed in "jail" until your teammate(s) help you escape by tagging you.

In our little piece of Deltaville, we had ideal Capture the Flag conditions.  Sometimes we chose to use the whole of Jackson Acres and split The Point in half.  Sometimes we only used the properties owned by my grandparents and my Great-Uncle Pepop.  Either way it was always a good time.  My cousins and I would strategize over the best location for the flag.  Then there was strategy for stealing our opponents' flag.  That strategy usually ran along the lines of "run over there, find the flag and don't get caught".  None of us were George S. Patton. 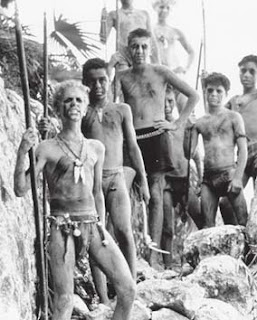 Despite our lack of brilliant war plans, we played all afternoon until the sun went down and we were finally called in for supper.  We were dirty and disheveled and full of dirt.  But we were happy.  Dinner usually lent itself to rehashing the day's battles and jail breaks.

And in remembering those games: the laughing so hard you're nearly crying, the squeals as we inched away from an outstretched hand, the taunting when we escaped imminent capture, the breathlessness when we managed to cross back into our territory.... I wonder why adults don't take the time to play capture the flag.
Posted by Jamie at 8:15 AM 1 comment:

These photos swiped off Midge's new camera.
For someone who just began the photography hobby, she does have a good eye. 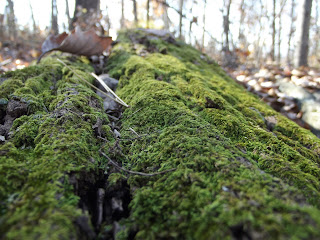 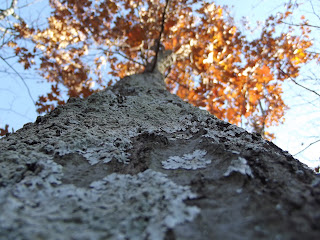 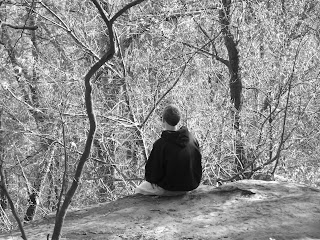 Photos taken at Gettysburg National Battlefield.
Posted by Jamie at 7:40 AM 4 comments:

I'm happy to announce that (with the exception of some trim work)
the house is finally done being repaired after the tornado damage
(feast your eyes on the new flooring). 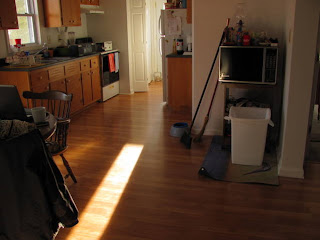 And the neighbor's house is underway as well.
And our new deck chairs in bright colors
(Dad not so thrilled about the colors). 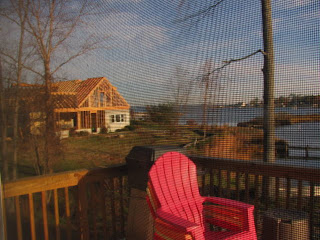 “I read and walked for miles at night along the beach, writing bad blank verse and searching endlessly for someone wonderful who would step out of the darkness and change my life. It never crossed my mind that that person could be me.”
~Anna Quidlen 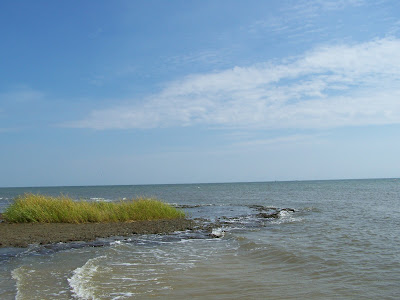