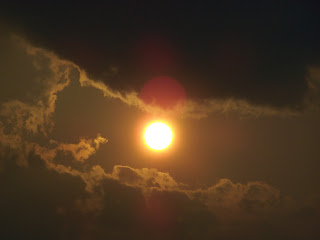 Tragedy at the Museum

This morning I woke up, showered, stumbled into my office and checked my Facebook.  I was horrified to find this article from the local paper the Southside Sentinel. Deltaville's one and only museum- the Deltaville Maritime Museum was destroyed by fire yesterday.  Both the main building and the pavilion are a loss.  This includes the artifacts housed in both areas as well (please read the article for details).

I'm rendered nearly speechless at the news.  I just can't believe all those artifacts are lost.  I'm nostalgic.  I love history and especially history that includes my own family (there was an exhibit of Deltaville during the Civil War that included my great-great-great grandfather James Jackson).  I save mementos, I scrapbook photos and I write this blog to preserve memories, stories and information for future generations.  Fire terrifies me in that it's one of the surest ways to lose tangible things from the past.

Deltaville has gone through more than its share of strife these days.  The town is still in the process of rebuilding after the F2 tornado that came through April 2011.  But there is one thing that the tornado tragedy taught us, that despite the loss, it will be rebuilt better than it was.
Posted by Jamie at 8:43 AM 1 comment:

I'd have to say that crape myrtle is one of my favorite trees.
I'm certain this is mostly because crape myrtles and Deltaville go hand in hand.
This particular tree was planted by my great uncle affectionately known as Pepop.
That's Pepop's former home in the background. 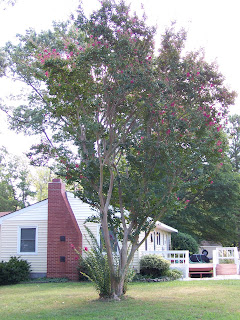 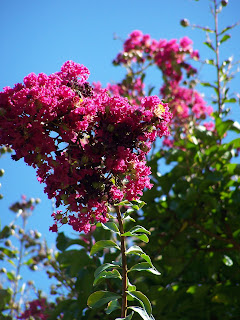 And like an old friend it was there to great me summer after summer.
Even long after Pepop passed away, after Memom sold the house,
and after the new owners sold the house it stayed.
It was the one constant. 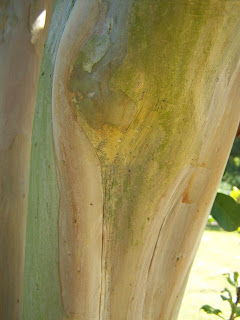 September 2010, something prompted me to take some photos of it.
I can't really say what the motivation was.
Maybe it was thinking of a future blog post.
Or maybe it was some annoying thought in the back of my mind
that it might be gone one day. 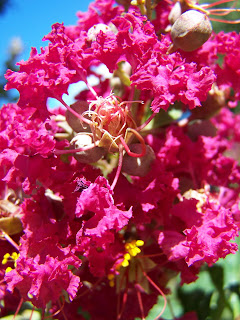 Sadly, the tornado in April 2011 damaged the tree and it was removed.
Posted by Jamie at 9:12 AM 2 comments:

The Brat Child loves pirates
So when Poppy was working on the boat in dry dock, the Brat Child decided to don his new patch and skull and bone bracelet and play around. 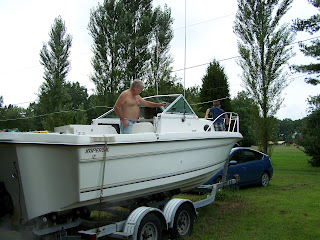 His pirate accessories were purchased at a local store called Nauti Nells, aka, 'The Pirate Store'.  Each time we stop, the lady who works there recognizes the Brat Child and
always lets him know if they've gotten any new piratey items in. 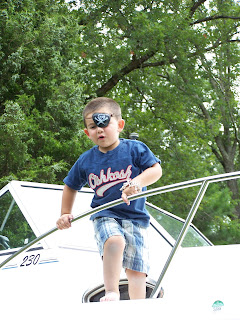 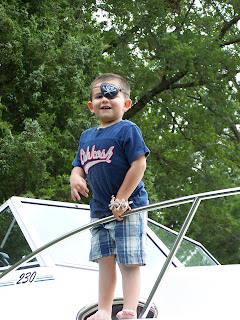 And while these photos were from 3 years ago, rest assured he still occasionally dresses in pirate garb.
Posted by Jamie at 2:08 PM 1 comment:

This little gem is, obviously, located on Gwynn's Island. 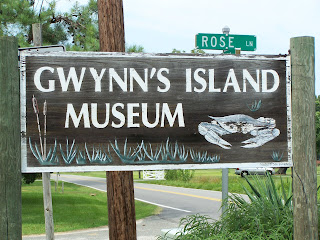 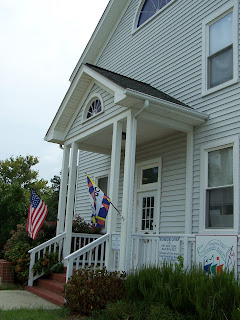 If you're looking for something to do on a hot afternoon, I'd highly recommend checking out this museum. 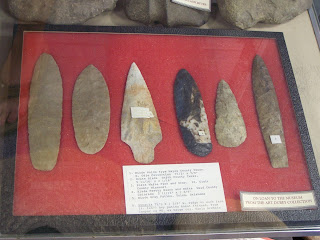 One of my favorite exhibits is the collection of Native American artifacts that have been found in the area.  The collection includes a Clovis Point which hails from about 13,500 years ago. 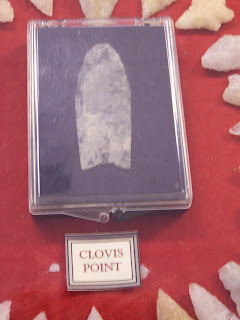 There are exhibits showing whale vertebrae, fossilized shells, crabbing and fishing history, military service history, and another of my favorites- history of severe weather events in the area. 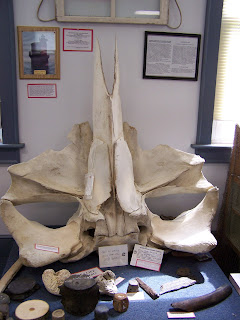 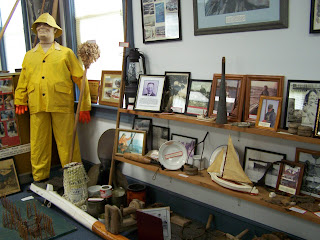 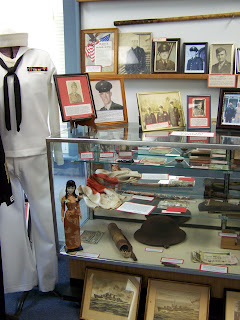 So if you have some time after grabbing a bite at Seabreeze, I suggest to drive down the road and check out the Gwynn's Island Museum.
Posted by Jamie at 8:31 AM 3 comments:

Buy me Some Peanuts and Crackerjacks

Heritage Day dawned hot and humid with temps near 100 and no electricity- at least no electricity back in our small corner of Jackson Acres in Deltaville.  The lack of power, and therefore, the lack of AC, nearly sent me driving home earlier than planned.  But then I would have missed out on meeting up with Chesapeake Bay Woman- blogger extraordinaire.

We met up in the parking lot of the Deltaville Ballpark much like we did a couple of years ago when we met for the first time.  This time, I wasn't forced to drink wine out of a dirty Big Gulp cup.  I actually had a single serving bottle of wine.

The game started and we admired the crab pot wire that was used to protect the fans from foul balls.  It's probably the only ball park that uses crab pot wire.  It's also an historical ball park in that it was built in the late 1940's (with help from my great-grandfather). You can check out these other posts about the Deltaville Ballpark here and here. 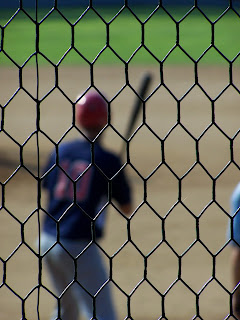 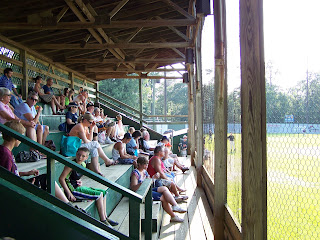 At one point we retired to the parking lot for some refreshments.

It was at this time that Midge and I were admiring Waterman JP's very clean truck.  This discussion about his very clean truck lead to conversation about folding underwear.  In my world, that isn't such a leap.  It all speaks to anal retentiveness OCD tendencies being neat.  All this talk of clean trucks and underwear meant that Midge took it upon herself to poll other people in the parking lot about whether or not they folded their underwear (I really don't know where she gets it).
Some poor former Tides player was grilled asked about his undies.  Turns out he folds them.  Waterman JP happened to have a clean pair in his truck and demonstrated the proper underwear folding technique.   The Tides player agreed that was the way he folded them, and I had to agree that was also how my boyfriend folded them.  I'm certain underwear folding is more of a man thing.

We went back into the game and spent the remaining 90 7 innings critiquing the game.  The Deltas unfortunately lost in extra innings.  I found it interesting that during the time we spent in the parking lot discussing underwear, the Deltas were winning 3-1 but once we returned they began to decline.

Maybe we were too distracting. 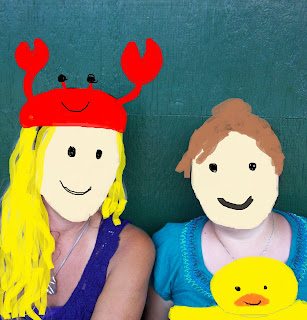 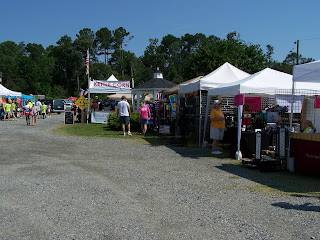 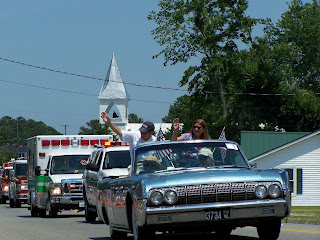 There were the grand marshals and the 50 odd emergency vehicles 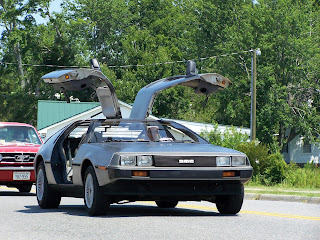 And then there was the Delorean 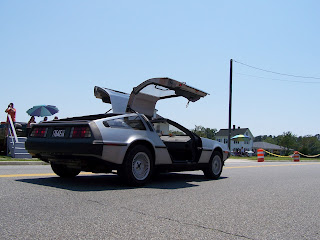 And yes, I did yell, "Where's the Flux Capacitor?!"
To which Midge responded, "Geez, Mom, geek much?" 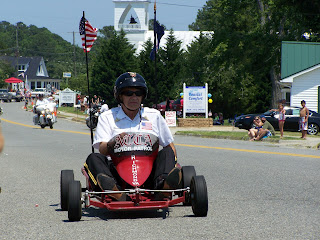 This year was different in that there weren't 2,000 Shriners.  There were only 7. 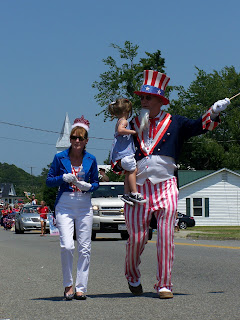 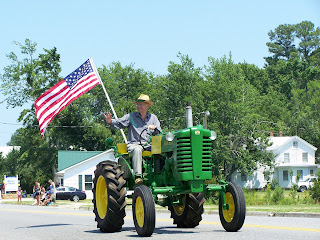 There weren't the usual number of crowds most likely because if the record heat and/or the storm that went through the night before.
The day was capped off with a Deltaville Deltas ball game and fireworks.
But that's a story for another post.
Posted by Jamie at 7:56 AM 3 comments:

Derecho* is a Four Letter Word

This past weekend, I traveled with my family to our house in Deltaville for an idyllic and relaxing weekend.  The Saturday before the 4th of July is always the day Deltaville celebrates what they call "Heritage Day" with 5K's, crab races, vendors, a parade, a ball game and some fireworks.  I try not to miss it.

This year, the kids and I got down there Friday evening around 8:30pm.  It was still 101* outside.  The house was struggling to cool down with the AC cranked.  After soaking our feet in the creek and letting the dog swim, we went back inside to 88* temps and relaxed waiting for my parents.  I checked the weather and saw we had a line of storms coming and a Thunderstorm Watch.  About that same time, my friend over at the Snowtography blog sent me a message about the storms (It was much appreciated as we have no TV since the tornado took the antennae).

The kids went to bed, and I stayed up and waited for my parents who were making their way from Tappahannock at breakneck speed to try to beat the storm.  They had furniture on the back of the truck.  No less than a minute after unloading, the storm was upon us.  We watched from the deck as the wind blew at 80 MPH, bending trees and sending the water from the creek blowing in a sheet. The lightning was intense.  The fire siren began wailing and the whole scene grew surreal.  Just as I began to panic about potential tornadoes, the storm blew past.  But not before shutting off our power.

(Turn the volume down unless you want to hear my dad belching and me saying "Oh My Gawd" like a moron- trust me, you don't)

The morning dawned hot and humid and still without power.  Without power means no AC during one of the hottest days of the year (temps and heat index in the 100's) as well as no water.  This is why there was no power:

The power was not restored until around 7:00 pm on  Sunday- well after I returned home to Maryland. While living in the heat was not the most fun I've had, I did have a pretty entertaining weekend... more on that later.

Thanks to those Blisters who offered an electrified AC cooled haven in the heat: CBW and Noe Noe Girl

*a Derecho (Go here for pronunciation) is a widespread, long-lived, straight-line windstorm that is associated with a fast-moving band of severe thunderstorms. Or in other words a kick ass band of storms that knocks your power out for days
Posted by Jamie at 8:37 PM 2 comments: