“What's in a name? That which we call a rose by any other name would smell as sweet”
~William Shakespeare 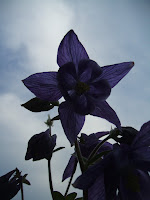 Ole Willie had a point.  Does it really matter what your name is?  How important is a name anyway?
I learned that my mom wanted to name me Laura Beth.  I don’t think I look like a Laura Beth.  Luckily my mother watched the Bionic Woman and thought the name “Jamie Leigh” was nice.  Jamie was similar to her maiden name of Jameson.  I wish she had gone with Jameson as my legal name and Jamie as a nickname because Jameson conjures images of some well-known poet or author.
As a kid I had many nicknames.  JJ was popular because of my initials, and later I was called Miss Jackson (thanks to Janet Jackson’s song Nasty click here to check out that flashback ).  There was also the time I was referred to as Action Jackson (don’t ask), but the most common ones were Jimmy, Jame, Jay and James.  Those are ones that are occasionally still used today.
In Deltaville, CB Names were popular for those using the ship-to-shore radios.  Pepop’s handle was Pigpen, which was the name of his boat.  On the ship-to-shore, all the captains used the boat name as their handle.  Memom was Cinderella.  That was her choice.  I don’t think it’s a stretch of the imagination to figure out why she chose it.  As far as all the kids, we changed names depending on what was considered cool at the time.  Often there were names with crab references like red crab or blue crab (we were kids, not very original).  Most often were names using the names of local fish like Croaker or Dogfish or the always popular Hogchoke.  I remember distinctly how my cousin argued with me about who got to be Hogchoke one day.  Pepop settled it by saying we had to share and switch days and that day I was going to be Jabber Jaw.  I wasn't thrilled.

I asked the Brat Child what his nicknames were.  Fred, 'E' and McGee was his list.  All names I've called him, with 'E' being the most prominent and widely used.  Fred comes from the phrase "You ready Freddy?" which I have shortened to "Let's go Fred".  The Brat Child thinks it's from Scooby Doo because his favorite character is Fred (no, he hasn't started wearing an ascot- yet).  I don't know where McGee came from.  Sometimes I also use McGillicutty which was something my Irish Grandmother said.  I guess McGee is a nickname for the nickname McGillicutty.
Have any nicknames?
Posted by Jamie at 8:17 AM